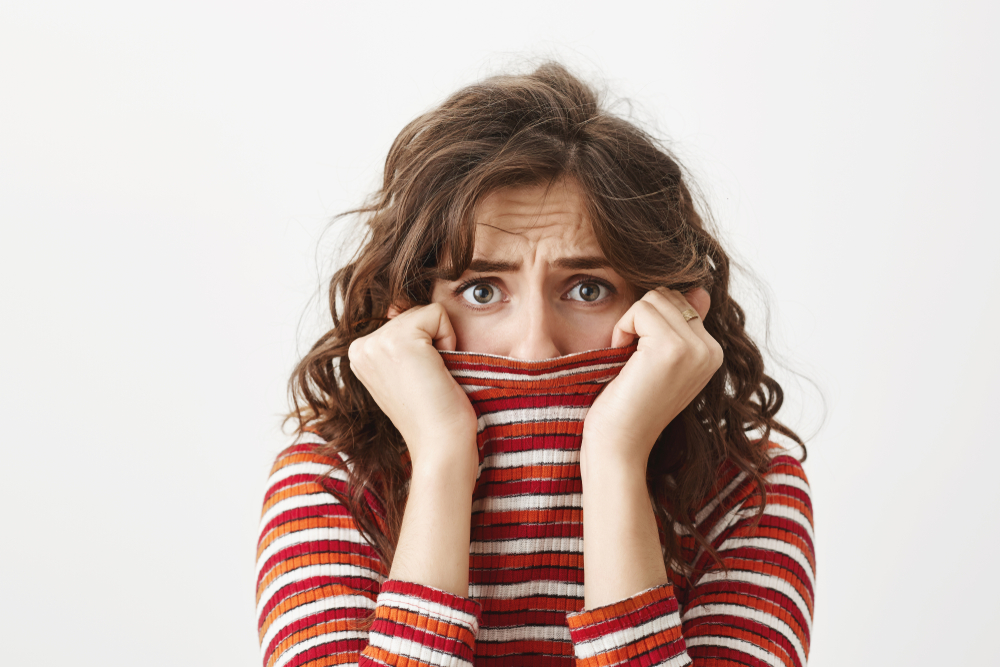 Many women are fans of enhancing their natural beauty, whether that be by getting manicures, having their eyebrows groomed, or having their hair colored to complement their skin.

Ally Cussell, a 25-year-old nursing student, is one of these women and she also likes to receive Botox injections every few months, adding hyaluronic acid to her lips and chin.

“I started getting Botox when I was about 20 and I had my first dermal filler when I was 21,” Cussell told the Sydney Morning Herald. “I already had some creases starting to form from frowning and expressing my emotions… so I did [Botox] as a preventative method…

“I’ve had my lips done twice and, since then, I actually had some chin filler put in after a recommendation from the doctor to help enhance my face shape. I naturally have big lips and a bit of a receding chin. He suggested a bit of filler would bring my chin forward and bit and enhance my face.”

Overall, Cussell is pleased with how the results turned out.

“I really loved it and no one really knew, they just said ‘you look really good, have you lost weight?'”

These days, both men and women are receiving Botox injections more often. In fact, many people are now simply treating beauty injections of all kinds as normal parts of their respective routines.

Since 2000, cosmetic procedures have increased from roughly five million to nearly 16 million, an increase of 200 percent. And while the procedures have become much more common, there have certainly been some issues as well, especially with inexperienced practitioners.

In terms of the physical risks associated with cosmetic injections, Cussell says she has never felt worried.

“I’ve always been fully informed,” she says. “With filler there’s always the chance it can block an artery so it would just need to be hyalased – using a product that dissolves the filler straight away. With Botox there’s the chance of having a temporary paralysis of the muscle. It wears off after three months so it can just mean that you’ve got an eyebrow droop for a couple of months. It comes down to the injector as well.”

Furthermore, Dr. John Mahony, a member of the board of the Cosmetic Physicians College of Australasia, isn’t too concerned either. He believes that after nearly 20 years of Botox injections being used, it’s safe to say that there are no long-term health issues associated with the process.

“Although technically we don’t have 100-year safety data on cosmetic botulinum and HA injectables, the data we have so far indicates that there are no long-term health implications caused by these injectables,” he said.

In a 2009 report done by the Australian Safety and Efficacy Register of New Interventional Procedures, however, it was deemed that long term safety could not be determined. Ian Musgrave, a molecular toxicologist at the University of Adelaide believes that there is potential for side effects.

“The fact that you’re being exposed to external concentrations over a long period of time may mean you have some form of adverse effect,” Musgrave explains. “Hyaluronic acid is perfectly natural and it’s not highly likely to have immune system effects, but the question is if you’re continually injecting into the basement structure, you may cause physical disruption that can result in fibrosis – there’s a whole range of things that potentially can happen… no therapy is free from adverse effects whatsoever.”

In terms of Botox specifically, Musgrave says that researches don’t have concrete evidence regarding the long term risks, although he did reference a study that showed people who were injected every 12 weeks for over two years suffering from chronic headaches.

“We don’t really have any good long term studies,” he says. “We simply don’t know. It’s something that needs to be really looked at in great detail. It’s a big question mark.”

One of the major issues with these types of fillers appears to be the amount that people are injecting into their faces. When overdone, for example, people can begin to look cartoonish.

“There are practitioners who encourage it because they have developed a distorted body image,” Kennedy explains. “This does do damage to people’s lips and cheeks and facial structure and they lose their finish and natural animation, as in movement, and they lose attractiveness… You have to be conservative and work with the soft tissues that exist and not try to create a totally different, stretched appearance and expect that skin to behave normally afterwards.”

In addition to the physical damage, fillers can also cause mental health issues, which was discussed in the ASERNIP review.

“Altering physical characteristics that impart individuality, cosmetic surgery acts as a powerful force that promotes and maintains a narrow beauty ideal,” argued one submission. “The socio-culturally defined body ideals for women and men are one of the factors involved in the creation and maintenance of body image dissatisfaction and eating disorders.”

Simply put, users begin to want more and more and continue to look to get more work done, which Cussell has certainly seen.

“They don’t see it. They get used to their face and they want more and more. There’s definitely some dysmorphia,” she says.